There was some major partying going on here. And a lot of pride and showing off of the goods by the King. Queen Vashti was throwing a separate shindig for the girls because, according to the Oriental fashion, the sexes do not intermingle in society, the court ladies were entertained in a separate apartment by the queen.

As the feast days advanced, the drinking was more freely indulged in, so that the close was usually marked by great excesses of revelry. The King sent for Queen Vashti. It’s a popular belief that he wanted her to appear wearing ONLY her crown.

The refusal of Vashti to obey an order which required her to make an indecent exposure of herself before a company of drunken revelers was unbecoming of both the modesty of her sex and her rank as queen; for, according to Persian customs, the queen, even more than the wives of other men, was secluded from the public gaze. Had not the king’s blood been heated with wine, or his reason overpowered by force of offended pride, he would have perceived that his own honor, as well as hers, was consulted by her dignified conduct. King Xerxes made a rash, half-drunk decision, based purely on feelings. His self-restraint and practical wisdom were weakened by too much wine. The issuance of that decree to the entire empire is ironic because it ensured that everyone in the empire would know about the King’s marital struggles, and not just the “noble women” (Vs. 18).

King Xerxes’ hurt pride turned to anger. Anger often blinds us from doing what is right and causes us to become vindictive.

Poor decisions are made when people don’t think clearly. Our decisions and actions can cause irrevocable damage, too. We should base our decisions on careful thinking, not on the emotions of the moment. Impulsive decision-making can lead to severe complications.

Obviously, a law cannot possibly cause women to respect their husbands. Respect between a man and a woman is a matter of the heart – from mutual regard and appreciation of each other as people being made in God’s image, not from legal pronouncements and orders. Forced obedience is a poor substitute for the love and respect that wives and husbands should have for one another. For the same reason, instead of forcing us, God gives us free will to CHOOSE to love and follow Him. Beautiful.

We are all “Kings” and “Queens” of our homes too, and our little “empire” is watching us. As a wife, I need to be mindful of how I respond to my husband whether he’s right or wrong because our little “kingdom” is widely affected by my actions, too.

They look to us as an example. We do influence those around us – especially our family. I need to be prayerful and mindful of any pride rising up in me in how I treat my husband and in all of my relationships. Do I respect him? How do I respond to him? Will I contribute to the rise of my household, or to the fall of my household – here today, gone tomorrow? Because a house divided will not stand and pride crushes. Pride absolutely does come before a fall.

Prayer: God, I want to see You. I want to hear You. I want to know You and follow hard after You and the person You intended me to be when You created me. Before I even know all that entales, I say yes to You. Help me be the wife and influencer You have in Your heart for me to be. I want to be a woman after Your own heart. I want to be the person You would be if You were in my place or in my shoes. I accept it. I recieve it. I cherish it. May I live each day expecting to experience You. In Jesus name. Amen. 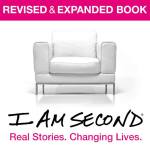