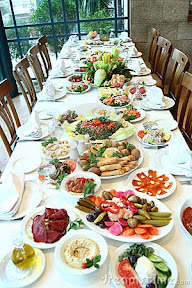 Since you have heard about Jesus and learned the truth that comes from Him, throw off your old sinful nature and your former way of life, which is corrupted through deceitful desires. Instead, let the spirit renew your thoughts and attitudes. Put on your new self, created after the likeness of God in true righteousness and holiness. Ephesians 4:21-24

When this hard, rebellious man walked down the isle at his church and got saved it seemed we could feel all of heaven clap in praise….and so did the entire congregation. Tears flowed long and hard in rejoicing over this man. I know I cried a mess all over another mans suit that day! You see, this man was loved so much and prayed about by everyone for so long. He had been at death’s door several times. He had lived a hard, sinful life. He had hurt a lot of people in his lifetime. BUT….then he met Jesus! The day he met Jesus he was transformed radically. A modern day “Saul to Paul” transformation. He gained a ravenous appetite for God and His Word that was impressive. He shared Jesus everywhere he went. Because of his background, he was able to reach people that others couldn’t….all but one area….his family. He called one day hurt about this and said, “I know the Lord saved me and forgave me. They all know this. Why don’t they accept me now?”

You see….Jesus had indeed forgiven him of all he had done. However, he had burned some bridges with others in his family, and with friends. That wonderful man left that conversation with me and spent the next several weeks going to each person he had ever done wrong and apologized in detail to them and asked their forgiveness. He died a short while later, and while at his funeral, lines and lines of people told me how after years had passed between them, he showed up one day telling them he was sorry, and how Jesus had transformed his life…..friends, family, and even his ex-wife! What a blessed example of a man transformed at the cross and used for God’s glory!

This man was my father. A man radically and boldly changed; who now has all of his hunger satisfied, feasting at the table of His precious Jesus.