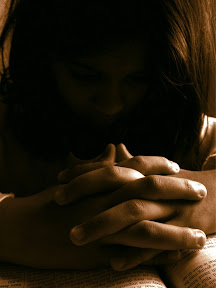 It’s such a different call…being the one here at home while my husband and daughter are away serving in Haiti. I have gained a whole new respect for all my loved ones that I left behind to go to South America. I am deeply consumed with intercessory prayer for them. My faith is strengthened. I am serving and working on things, but still in constant prayer for them.

Our family has always been tightly woven by the fingers of God. We have often heard the need to pray for one another while separated in service and work; sensing their need at that very moment, and having that confirmed afterwards as we would talk about it. It’s surreal really and has been a normal thing for us our whole marriage. God’s glory forever.

One day while they were in Haiti, and as I was working, a sudden urgent need caught me quickly in my spirit specifically over danger with my husband. It was so strong and heavy as I dropped what I was doing and immediately prayed long and hard…..LONG AND HARD….until I sensed the danger had passed. It was so huge and powerful. Two prayer warrior girlfriends of mine were also praying. I felt my daughter and her friend were safe but we all prayed heavily for them too. I asked God for a verse, and this is what He gave me:

The Lord will protect him and preserve his life; He will bless him in the land and not surrender him to the desire of his foes
Psalm 41:2

My husband called me a few hours later and I learned that on a path he was walking on, he was suddenly met with four men….glaring, snarling, sinister, men. He felt their intentions strongly and was praying as they were held in their spot. This was happening at the SAME TIME as when the Spirit snatched me up in prayer for him. The grateful tears washed like a river as I thanked God for His hand! My prayer warrior sister prayed Psalm 91 over them all. God’s glory forever. Wow! GOD ROCKS!

When God brings someone to your heart and mind….pray sisters and brothers. Pray because the prayer is powerful and effective (James 4:16b)

This has nothing to do with any person (I mean that with a full conviction and am so serious about that), and everything to do with our powerful GOD Who is at work in and around HIS children.

Don’t ever doubt that you’re on HIS mind and heart….HE loves you, HE cares about you and HE’S powerful….

Now to him who is able to do IMMENSELY MORE than all we ask or imagine according to HIS POWER that is at work within us
Ephesians 3:20 (emphasis mine)

HIS power and HIS glory forever and ever

2 thoughts on “His mighty hand…”